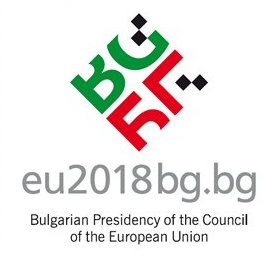 The Bulgarian presidency efforts will focus on shaping up a stable European Energy Union and making progress on the priorities of the Council of the EU, including the legislative and non-legislative proposals of the ‘Clean energy for all Europeans’ package. The Bulgarian presidency will also strive to improve the interconnectivity in the Western Balkans and the cooperation among the respective Balkan states in view of ensuring the security of energy supplies in the Region. The Bulgarian presidency will do its utmost in making progress on the ‘Clean energy for all Europeans’ package proposals through balancing out the member-states interests and working out widely acceptable compromise solutions. The integrated EU energy market is undoubtedly contingent upon a better cooperation. Energy efficiency is a key element of the Energy Union and plays a primary role in achieving a low-carbon economy. Based on the Estonian presidency’s results, Bulgaria will work towards making progress in the negotiations with the European Parliament on the energy efficiency legislative proposal. The Bulgarian presidency finds it opportune to continue seeking balance between security and reliability of the reporting system and providing flexibility in meeting the national targets of the member-states within the governance of the Energy Union. Considering the interdependence of the Governance of the Energy Union regulation and the energy efficiency and renewable energy directives, Bulgaria will support working on these files in parallel and in line with the already adopted approach. With respect to the proposed electricity market design, it is considered that integrating an increasing share of RES will result in a radical restructuring of the energy system of the member-states and their energy mix. Now that a general approach on the proposal for risk-preparedness in the electricity sector is a fact, upon coming to a general approach on the proposal for promoting the use of energy from renewable sources as well as on the 3 remaining files of the market design sub-package, the efforts will be focused on taking actions in initiating trilogues and subsequently achieving a maximum possible progress in the negotiations with the European Parliament.

Bulgaria will strive to develop the potential for regional cooperation through putting in place the missing infrastructure in order to ensure the security of energy supplies. In this respect, operational gas interconnectors with the neighbouring countries as well as an European gas hub in the Balkans are of paramount importance in ensuring the energy security in South-East Europe. More than 20 conferences and expert meetings on energy topics are scheduled during the Bulgarian presidency of the Council of the EU. Regular Council meetings are planned to be held in February, in Brussels (if needed), and in June, in Luxembourg, one informal meeting of the energy ministers in April 2018, in Sofia, an investors’ round table on the Balkan gas hub, an annual meeting of the High-level group for interconnectivity in Central and South-Eastern Europe (CESEC), etc.