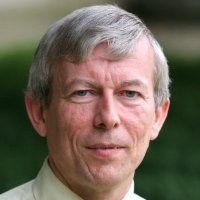 Ludo Froyen is now an Emeritus Professor. He has been 8 years Vice-Dean responsible for Education, and subsequently 8 years Dean of the Faculty of Engineering Sciences of the KU Leuven. In these roles he has actively promoted Engineering Education in General, and SEFI in particular, in the faculty of Engineering Science, and in the other faculties of the KU Leuven.
Ludo Froyen is a professor in Sustainable Metals Processing and Recycling. More specifically his research focused on the following topics: Solidification processing, Powder metallurgy, Materials characterization, Selective laser sintering/melting, and Failure analysis of components. He has numerous publications in prestigious journals.
Ludo Froyen played an important role in SEFI, as an active member of the Board of Directors of SEFI for 6 years, he played an important role in the creation of the European Convention of Engineering Deans (ECED) and has been Chair of the Deans Council. He hosted the 2013 SEFI Conference in Leuven and played an important role in the organization of the 40th anniversary of SEFI. 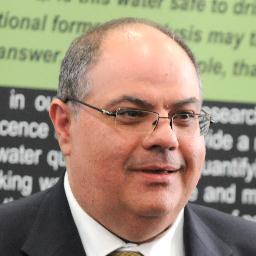 While it is customary for former SEFI presidents to receive this honour after their mandate has completed, in this case it is deserved on its merits for what Kamel has achieved in engineering education leadership, and in SEFI leadership. Among his significant accomplishments, I note the following:
He started as an individual member of SEFI; but soon brought the University of Birmingham in to SEFI as an institutional member. Because of his high profile within the United Kingdom, he was instrumental in helping other universities decide to join SEFI also. He played a leadership role in organising and hosting the European Convention of Engineering Deans (ECED) in Birmingham in 2013. The University of Birmingham hosted a very successful SEFI Annual Conference in 2014. He has taken leadership roles in key SEFI projects on Attractiveness and Engineering Graduate Skills. He has played an important and constructive role in transforming SEFI through a consistent focus on our Working Groups.
Prof Hawwash is Professor in the School of Civil Engineering. He is the Convenor of the long-established MSc Construction Management Programme. He was Head of the School of Civil Engineering from 2008 to 2011. Between 2009 and 2012 he was the Regional Director for the Midlands and East Anglia for the National HE STEM Programme. Professor Hawwash is past Chair of the Association of Civil Engineering Departments, and member of the Engineering Education, Employability and Skills sub-committee of the Engineering Professors’ Council and Associate of the Engineering Council. 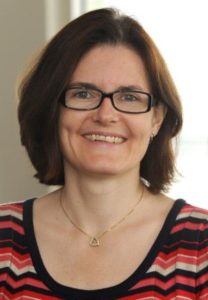 Throughout her time at UCL, Prof Sorensen has made significant contributions to teaching & learning within the department, the Faculty and College in general, as well as beyond UCL, both nationally and internationally. Most notably, over the last five years, she has
been a member of a small Faculty team who has restructured the entire Faculty undergraduate programme and introduced our new Integrated Engineering Programme (IEP), now in its fourth year. The IEP is making extensive use of problem- and projectbased
learning through hands-on activities, which the students, around 800 across the Faculty, take part in throughout their first two years of study. Prof Sorensen is a core and leading member of the IEP Management Team that developed, implemented and now manages the programme across the Faculty. The IEP has recently been awarded the UK Higher Education Academy Collaborative Award for Teaching Excellence and has been gaining significant attention world-wide for its whole-cohort approach to the transformation of a set of traditional programmes.

Within the department of Chemical Engineering, Prof Sorensen has overseen the implementation of the IEP (most recently highlighted in a cover article in The Chemical Engineer), including, the restructuring of the entire undergraduate programme to incorporate the teaching of design and professional skills, as well as of mathematical modelling and experimentation, via problem-based learning that is strongly supported by elearning, into an integrated, modern, research-based chemical engineering curriculum.
Professor Sorensen has been responsible for shaping and leading a team of seven new full-time teaching fellows, from both academia and industry, recruited to support the delivery of the IEP. The implementation of the IEP has required a fundamental change to the way our programme is delivered. Professor Sorensen has worked effectively with all staff – teaching fellows, academics and professional services – to train them in new methods of teaching and learning, particularly related to e-learning, but also to assessment in a problem-based context.