How can we help students who are learning to be professionals to develop the ethical reasoning capacity that they will need in their professional practice? 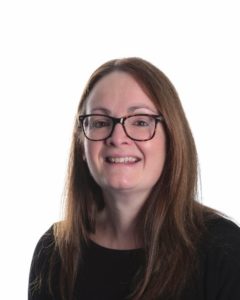 This is the question that was faced by Joanne O’Flaherty, a researcher in moral education and critical decision-making and teacher educator at the University of Limerick in Ireland.  Joanne’s prior research had told her that the professionals she was working with – second-level pre-service teachers – appeared to have comparatively poor levels of moral reasoning (this was especially true, she found, of those studying to become teachers of engineering subjects).  At the same time, teachers – like engineers – were described as playing an important ethical role in society through their professional life.

Joanne and her colleague Oliver McGarr tried an experimental approach to developing their teaching.  They redesigned one course so it could be taught using a layered case-based method that promoted reflection, role-taking and the development of empathy alongside the development of the course’s cognitive knowledge.  The moral reasoning of students in this course was compared to those taught the same material in a more traditional way.  While all students showed improvements over time, there was a statistically significant difference in the growth of moral reasoning between control and experimental groups.

What was the key finding from the experience for O’Flaherty?: “I think the most important thing for me was the impact of using a layered case study on student learning across various outcomes.  Students were given a case study that reflected the kinds of real-world situations they would see in their practice and they had to analyse the case from different perspectives.  Then, in a second round, they were given more information which required them to rethink their analysis.  Students came to realise that the ethical questions in a given situation might not be immediately evident, but that they can become clearer after some analysis.  They also came to realise that solutions are not always straightforward once you start trying to apply them in complex realities.”

What advice would Joanne have for engineering educators? “In my research on professional training I’ve found that engineers often have lower levels of moral reasoning than other professional groups.  I think the great benefit of layered case studies is that it requires the learner to consider an issue from multiple perspectives.  Look, we all have a tendency to jump to conclusions based on the information at our disposal, and students are no different: the layered case study approach got them to critically engage with their ‘first response’.  It enabled them to apply multiple lenses to a problem and therefore develop an informed multi-faceted solution.  I’d recommend it as an approach”.