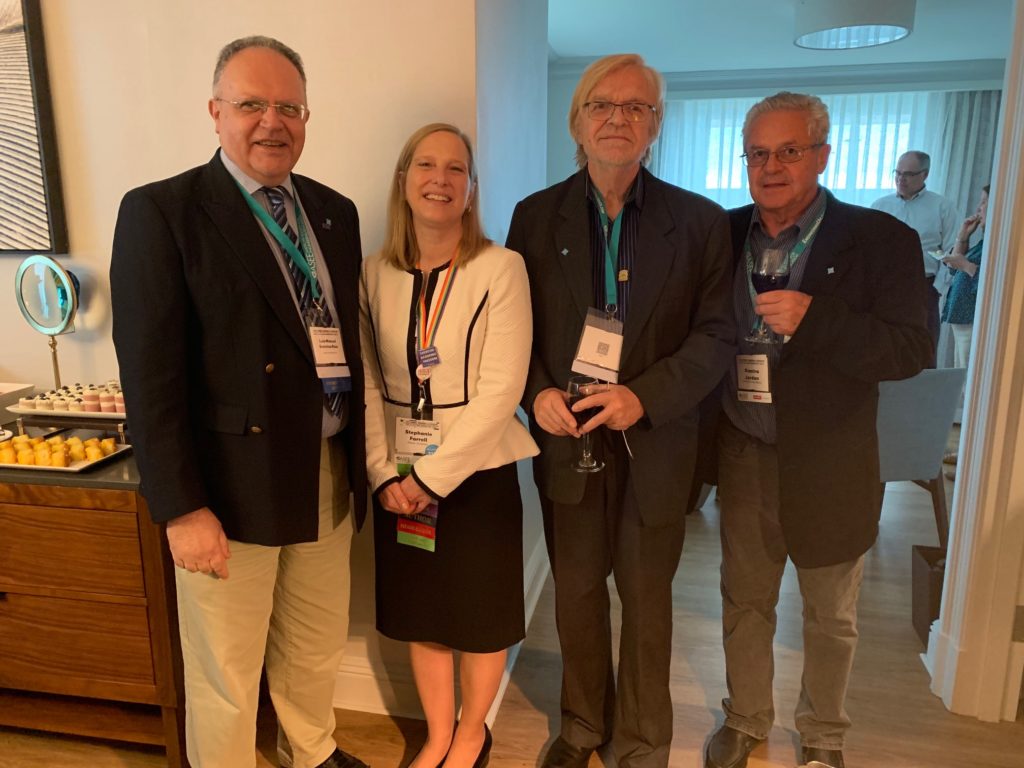 The American Society for Engineering Education (ASEE) celebrated its 126th Annual Conference & Exposition in the Tampa Convention Center (Tampa, Florida), June 15 – 19. Professor Luis Manuel Sánchez Ruiz, SEFI VP, was invited as SEFI representative to attend the meeting where he was introduced to the audience in the Opening Ceremony by ASEE President Prof. Stephanie Farrel along all distinguished international guests. The Conference  provided prime networking opportunities for engineering and technology education stakeholders. During the conference he met met the President-elect Dean Dr Stephanie G. Adams, attended the special reception with the ASEE Executive Committee and he had technical meetings discussing issues of common interest for ASEE and SEFI with First vice president Prof. Sheryl Sorby, Executive Director Dr. Norman Fortenberry, ASEE Board Member & Vice President of External Relations Associate Prof. Agnieszka Miguel and External Affairs Officer Tom Walker. Some expositors at the Convention showed interest in sponsoring some of the SEFI events in the next future as well. It is expected that Prof. Sheryl Sorby will attend the SEFI Anuual Conference in Budapest next September.

In conjuction with ASEE, the International Federation of Engineering Education Societies in which SEFI VP Prof. Sánchez Ruiz is Member of the Exective Board, held an IFEES President’s Round Table led by President Prof. Ramiro Jordan where several topics proposed by Prof. Sánchez Ruiz where discussed in depth for which he was invited to introduce them. One of them was “Challenges in University-Business Cooperation in Engineering Education: Crossing Borders”, theme of the past SEFI European Convention of Engineering Deans held in Leuven, Brussels, that hopefully will generate some Leuven Lessons following the London Agenda (2016), Munich Message (2017) in the line of the so called Valencia Vision (2015).

SEFI Ethics webinar: Ethics in the context of accreditation

Engaging Engineering Education The proceedings of the ﻿2020 SEFI Annual Conference, that was organised by University…