The SEFI Fellowship Award recognises meritorious service to engineering education in Europe. Award recipients may use the expression “Fellow of SEFI” (F.SEFI) as a postscript to their name. The nominees are individual members of SEFI who have worked in the field of engineering education for at least five years. At the 2017 the title was awarded to: 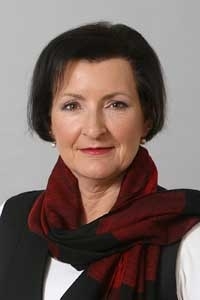 Susanne is a professor for Gender Studies in Science and Engineering at the Technical University of Munich (TUM). Susanne is a longstanding individual member of SEFI who has published numerous articles in the field of gender studies and diversity in engineering education, notably in the EJEE, for which she was also guest editor for several EJEE issues. Furthermore, since 2008, she has been the Chair of the SEFI Working Group on Gender and Diversity in Engineering Education, organised many workshops during the SEFI Annual conferences, and contributed to the preparation of the latest SEFI Diversity Statement.

She was research associate and doctoral candidate at the Centre for Research and Development in Higher Education / Department for Informatics in Mechanical Engineering, RWTH Aachen (1994-99); scientific employee, then manager of the dept. “Profession and Career” at the VDI, Association of German Engineers (1999-2004). She has a Klara Marie Faßbinder guest professorship for women and gender studies Rheinland-Pfalz: Technical Univeristy Kaiserslautern 2009-2010, University of Applied Science Koblenz 2011-2016. She is an Expert and assessor in various national and international committees, boards, associations  and  was the official accreditation representative of the TUM Department of Electrical and Computer Engineering (2007-2010). She has also worked as consultant for public institutions and organisations in the area of Career advancement for women.  Her main research topics are Gender and diversity in organisations,  science management, Gender and diversity in engineering education and the engineering profession and Gender and diversity in technical research. She contributed to a large number of international projects on gender issues. 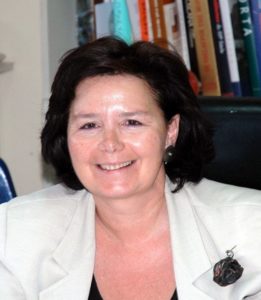 Antonia is a chemical engineer. She presents 41 years of academic and professional experience and activities at national and international level. She is  professor at the National Technical University of Athens
Antonia was the Vice-president of SEFI for the period of 2012-2015 and member of the SEFI Engineering Deans Council.   She contributed to enhancing our exchanges with the European Commission and European Parliament, in successfully organising the first SEFI inaugural EU Debate (April 2014) at the Hellenic Representation office to the European Commission, and another debate in  December 2014 in Athens. In 2016, she was also deeply committed in the organisation of the SEFI debate organised at the European Parliament on “Labour Market Needs and Engineering Skills” (Brussels, European Parliament).

Antonia has had many European and international responsibilities in the field of engineering education.  She has contributed to amendments of the Bologna Declaration at the Fourth Bologna Policy Forum in Yerevan in May 2015, ensuring Higher Engineering Education quality and the skills for appropriate profession exercise. Recently, in her capacity of world class expert in building materials and the preservation of monuments that comprise the World’s Cultural Heritage,  she has worked on restoration projects in Hagia Sophia in Istanbul, the Holy Sepulchre and the Church of Resurrection in Jerusalem, the Venetian Fortresses and Historic Cities of Rhodes, Rethymnon, Herakleion and Corfu, the Demeter Temple of Eleusis, Fortresses, architectural monuments of Venice and Magna Grecia, the Temple of Luxor in Egypt, Byzantine and Post-Byzantine Monasteries in Mount Athos and Creta, Byzantine Monasteries in Serbia and Kosovo, and more..

SEFI@work: Be Ready to Make It Awkward

Invitation: Be Ready to Make It Awkward a practical workshop to practice responding to discriminatory…

SEFI @ work: The role of mental health for a diverse and inclusive engineering culture