When the Universitat Politècnica de València wanted to explore the introduction of ethics in a civil engineering programme, Esther Giménez-Carbó asked students to find their own cases of ethical misconduct in the construction industry as part of their work in a technical subject. 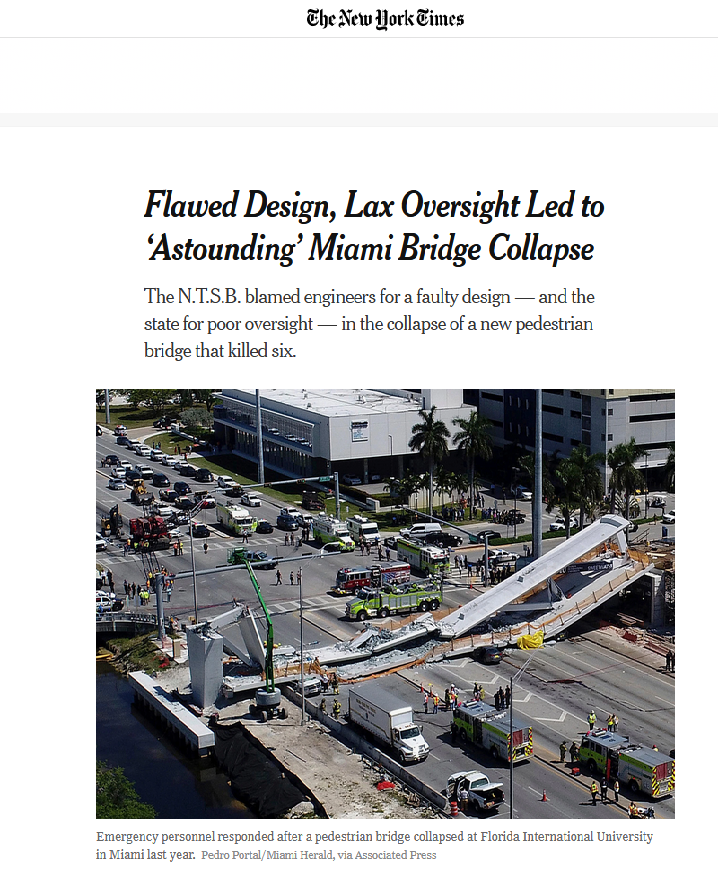 Case studies are probably the most widely used method in engineering education and many ethics case studies exist in books and in websites, including famous case studies like the Space Shuttle Challenger disaster and the Hyatt Regency Walkway Collapse.  However ,these case studies are sometimes criticised, as being too distant from students’ experience to be meaningful to them, and for being hard to integrate with the technical content that students are studying within their degree.  A further difficulty is that much of this material is in English, which limits its availability to students in the first few years of a degree who are still developing their English-language skills.

“For our second-year students this experience was their first exposure to ethics”, says Esther of the student-generated case studies.  “Part of the difficulty is that they think of ethics as being about a person – you either are an ethical person or you are not.  They didn’t see it as something you can learn. They also have quite limited knowledge about the technical dimensions of a construction project and about the roles played by different people in these projects.  And this turns out to be important once you start to try to figure out questions of responsibility”, Esther says.

Rather than present students with pre-existing cases, students were asked to generate their own cases.  Working in teams of two or three, students searched published accounts in the media for possible ethics issues in construction projects.  Possible themes included corruption, poor professional practices, resource use, and environmental impact. Students were asked to identify (a) who was involved in the case, (b) any actions that may have been unethical, and (c) the motivation behind those actions.  While students could use pre-existing case studies from published sources, most did not but rather used cases they found in the Spanish-language media.  Students presented their case to the class and this was followed by a debate or discussion with all students.  Students were graded using a rubric that included being able to take the perspective of another, distinguishing between facts and opinions, being able to link decisions to consequences, and applying deontological concepts in practice.

Students found the activity challenging.  Some struggled to identify who may be responsible in a given situation, while others struggled to distinguish between ethics cases and construction accidents more generally.  At the same time, the majority of students performed well on the activity.  “For second-year students, the activity was more or less perfect”, Esther says. “Having students generate their own case studies and think about responsibilities and roles allowed them to approach the problem at their own level.  I think it suited very well”.