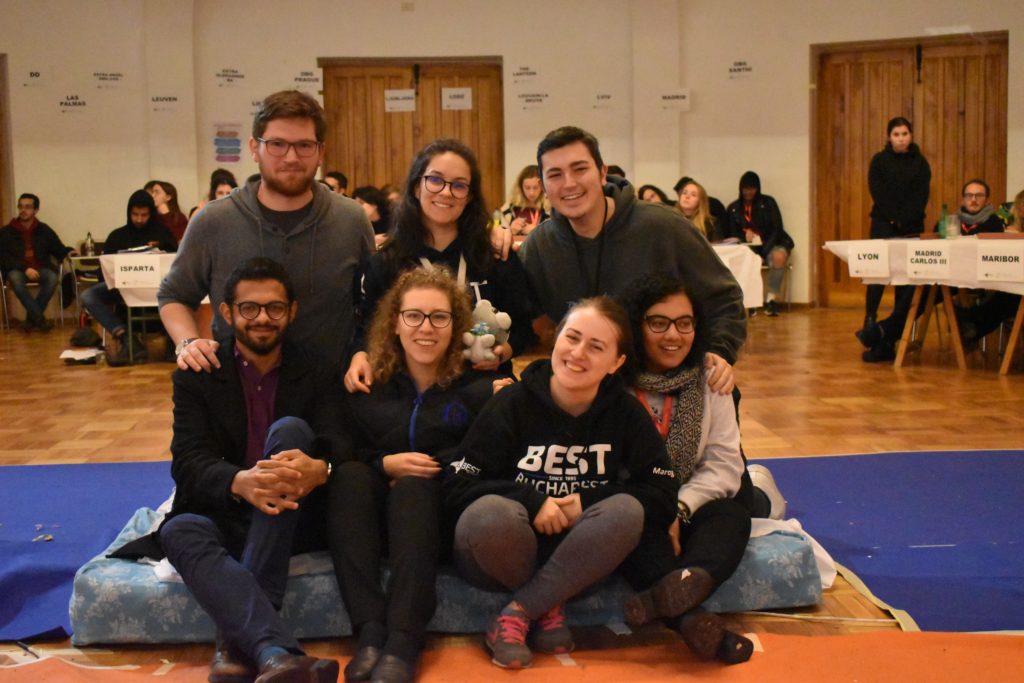 Board of European Students of Technology (BEST) is a European, non-profit and non-political student organisation which provides communication, cooperation and exchange possibilities for European students. It consists of 94 Local and 3 Observer BEST Groups, organizing events in their respective universities across 34 European countries.

As such, BEST organizes two General Assemblies yearly, one of which called Presidents’ Meeting. This year’s Presidents’ Meeting took place in Aranda de Duero, Spain, from 11th until 18th of November 2019. In the event, over 100 students from BEST Local and Observer Groups, as well as delegates from International board, department and project coordinators, had the opportunity to discuss matters relevant to BEST and youth participation, activity and education.

As one of the partners of the A-STEP 2030 project, BEST plays a key role in the dissemination of the project outcomes toward European engineering students. This is why Sasa Stojanovic, member of BEST and Contact person for the A-STEP 2030 project, held a presentation in the event’s plenary. In the presentation, she explained is A-STEP 2030 and its main goal, as well as invited representatives from BEST Local and Observer Groups to take part in organizing dissemination events under the project, called BEST Local Events. These events will be organized in several European universities, where BEST Groups will gather local students to learn more about A-STEP 2030, the event’s outcomes, and express their opinions on engineering education, and how to make it more attractive and in line with the Sustainable Development Goals (SDGs) of the UN’s Agenda 2030.

A-STEP 2030 – How do UN sustainable goals apply to the engineers of the future?