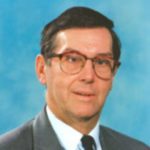 Leslie Mustoe attended The Boy’s Grammar School, Hitchin in the UK. He retained a lifelong attachment to the School and after retirement, taught there in a part-time voluntary capacity. He graduated from Birmingham University, progressing to post-graduate study at Essex University. He was appointed as a Lecturer at Loughborough University in 1969. Here he developed his interest in Engineering Mathematics and its delivery. He was a co-author with Avi Bajpai and Dennis Walker of the highly successful series of text books in the field. Long before widening participation and outreach were widely considered a concern, Les identified a major problem in Engineering Education, namely the lack of preparedness of many students who did not have the mathematics background to enable them to study Engineering at University. Largely as a result of this concern Loughborough University introduced one of the first Science and Engineering Foundation Programmes in the UK.

Leslie joined SEFI, the European Society for Engineering Education, during the 1990s as an individual member and participated actively in its Mathematics Working Group. In 1997 he became chairman of this group and stayed in this position for five years. During his chairmanship he established an annual meeting of the group’s steering committee such that a continuous monitoring and planning and preparation of seminars could take place. This form of organization was adopted by his successors and is still in place today. Leslie organized successful seminars during his chairmanship in Finland, Slovakia and Sweden. He was a major contributor to the revised edition of the Group’s report, “Mathematics for the European Engineer – A Curriculum for the Twenty-First Century”. He made many contributions to seminar proceedings analysing the problems of the mathematical education of engineers in England and elsewhere. He was interested in sharing knowledge about problems and approaches to solutions with colleagues from all over Europe and willing to learn from other good practices. Even after his retirement he continued to work for the group by helping in the language editing of the seminar proceedings as well as of the third and current edition of the Curriculum Document.

Until 2006 Leslie served on the SEFI Board of Directors. In 2007, he received the SEFI Fellowship Award which recognises meritorious service to engineering education in Europe. A former President of SEFI, Professor Peter Nuesch of Lausanne, also a member of the Group, remembers him, commenting: “During the time we all worked together in the working group I appreciated his contributions but even more the way he presented his point of view, with conviction and a total lack of arrogance. It was very pleasant to work with him”. Everybody who has ever worked with Leslie for some time, will support this comment heartily.

Beside the SEFI Mathematics Working Group, the UK Institute of Mathematics and its Applications (IMA) played a big part in Leslie’s professional life. He joined as an Associate Fellow in 1969 and contributed to its work at Branch and National Level. He served as a Council Member both as an elected member and as one of the Institute’s two Honorary Secretaries. His particular area of interest was in membership matters and as an ex-officio member of the Membership Committee, chaired the Membership Task Force. He also played a major role in the organisation of the IMA conferences on the Mathematical Education of Engineers held every two years at Loughborough University. In 2008, IMA and SEFI organized the IMA conference and the Mathematics Working Group Seminar as a joint event resulting in a large number of participants.

Les Mustoe was a committed professional academic. He put great importance on his teaching and was devoted to his students. In turn he was popular with them, entertaining many for tea and conversation (the invitation described this as a soiree with one, but not two, chocolate biscuits!) at his house. He was an excellent mimic and entertaining lecturer: his lectures attracted several additional listeners from different courses on occasions!

He had clear ideas on both academic and other matters and would express them firmly but often with humour too. Several colleagues from across Europe who have worked with Leslie on SEFI business experienced him to be the embodiment of all that is good about a „true English gentleman“.

The Mathematics Working Group loses one of its most engaged and likable members but we have happy memories of time spent with him and we shall enjoy sharing them.