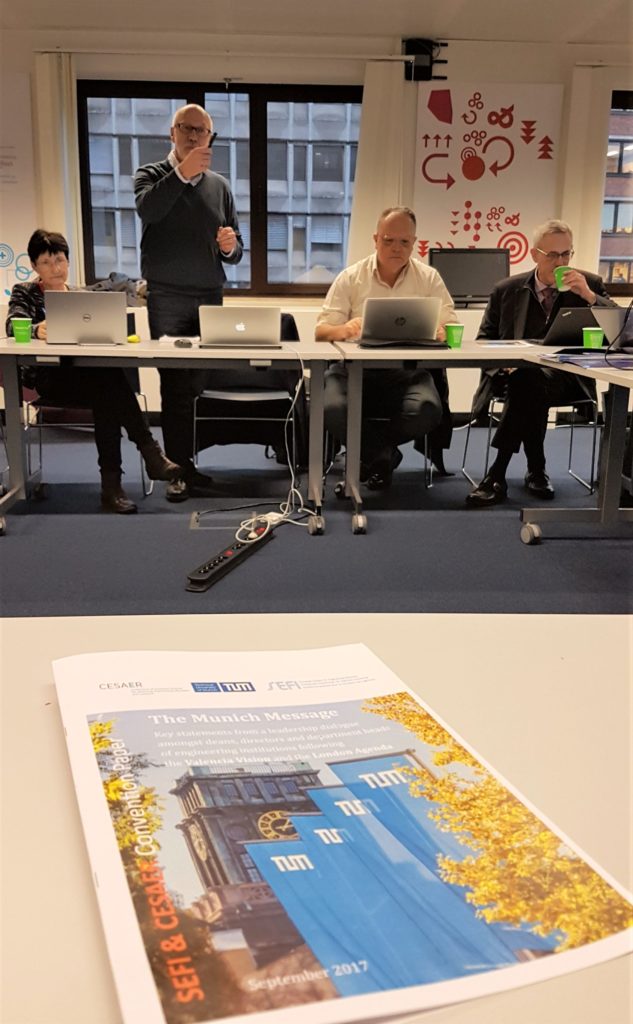 SEFI has a tradition in organizing debates to tackle hot topics in Engineering Education. The 2017 debate was on the question: ‘Is Engineering accreditation a force for quality or unnecessary oversight?’. The event took place at the premises of the European SchoolNet HQ in Brussels at November 30th and hosted some 30 participants as co-debaters.

Prof Anne Marie Jolly, chair of the SEFI working group on Accreditation and French Commission des Titres Vice President, opened the debate by giving an overview of the achievements during the last 20 years.  Accreditation evolved from an authoritarian review act into an approach built on trust, respect for cultural diversity and a focus rather on learning outcomes than syllabi. The second introductory speaker was Mr. Denis McGrath, vice-president from the European Network for Accreditation of Engineering Education (ENAEE), an important body for the authorization of accreditation to agencies in the field (EUR-ACE label) and information provider on accredited degree programs to employers, students and the general public. The debate was moderated by Prof John Mitchell (UC London, SEFI Board member).

The following debate clarified that there is a continuous improvement in why and how accreditation is taking place, but that it is still rather difficult to implement and to make sure that the implementation complies to the standards. According to ENAEE it is the system that supplies the support for this, but in the field, it shows that it is rather difficult to measure for example learning outcomes and use that assessment in the decision-making process for accreditation. Also, many good things happen before the accreditation, but thereafter it often slows down and seems to rather stop innovation. This also relates to the fact that in many instances a continuous improvement mindset is missing. Clearly there is a need for a better integration of innovation issues in the process, the need to replicate good practices and improved communication about the goals and achievements.

Not one of the participants doubted the usefulness of accreditation, but the implementation needs to be improved and better cope with the need for innovation as a continuous process of development. One assumption was that SEFI should play a more pro-active role to support the improvement of the process by cultivating the communication and exchange with partners as ENAEE. One day later this issue was on the agenda of the Board of Directors of SEFI and resulted in the decision to take action.

Sign up for the full report and for future information on SEFI debates.